Behind the Scenes of Santa's High-Tech Christmas 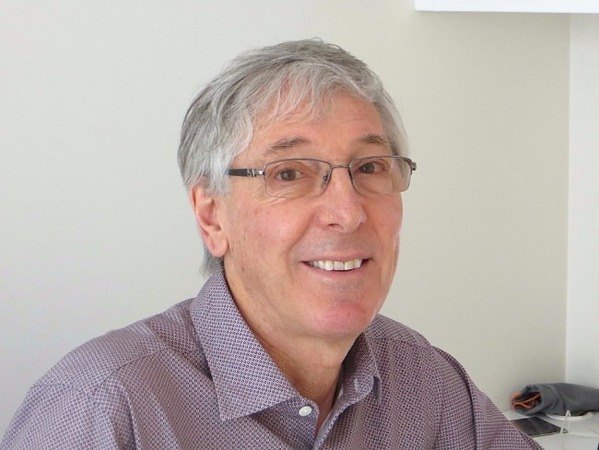 Mike Dumbleton on writing his latest story
I really enjoyed writing Santa’s High-Tech Christmas and the story includes several ideas that come from my own experiences. I’ve travelled around the world a lot in recent years and new technology has made it easier to stay in touch with my publishers. So I thought a modern Santa Claus would have to be using the latest technology as well, such as a 'scanner' and 'techno-pad', to make his work quicker and easier. I’ve also lived in New York and realised how hard it must be for Santa to deliver presents in a crowded city. But Santa’s 'rocket-pack' was a perfect solution for getting presents to the kids in all those high skyscraper apartments.

Finally, I thought Santa was probably fed up with travelling through freezing winter weather, year after year, in an open sleigh with a hard wooden seat. He must have had a very sore backside! A car with a 'soft reclining seat' and a 'flip-top roof' was a much better option.

Young people often take to new technology easily while some older people can find it confusing. That’s what gave me the idea for the clever young girl in the story knowing how to help Santa when things went wrong.

I used Jasmin for the name of the young girl who helped Santa because that’s the name of my granddaughter, who you can see below. There’s also a picture of my grandson Zeke, because when you read the book you’ll see that it’s dedicated to him. 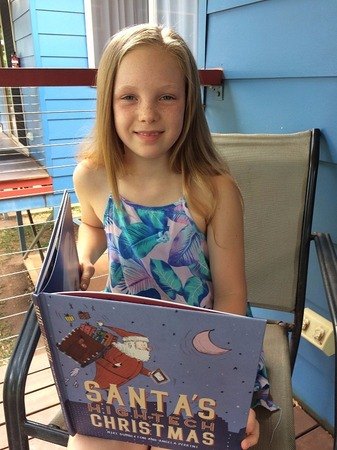 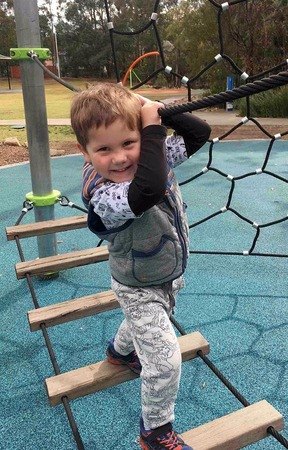 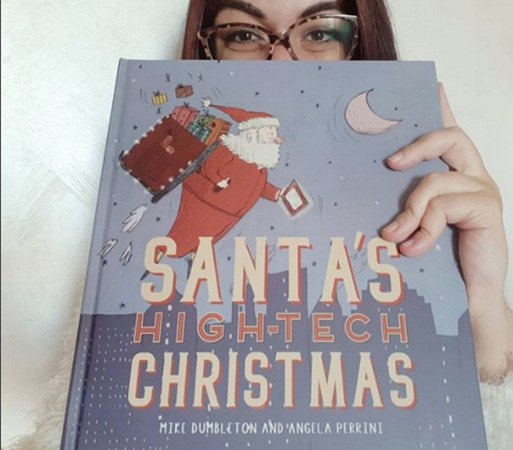 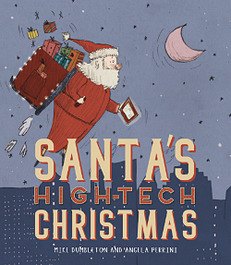 Santa has discovered high-tech gear. With his techno-pad, a flip-top roof on his sleigh, a soft reclining seat and a rocket pack, he is well prepared to deliver presents for Christmas Day.  But as things start to go wrong, Santa needs help from a young girl so that all the presents get delivered on time.
BUY THE BOOK
Share this article...

Thank you for your comments, they will appear shortly once approved.
View by Category
bookseventslatest releasesbehind the scenescompetitions
Latest PostsPopular Posts
1
Summer Reading Challenge 2020 - Laura Wood draws Wilfred from Who's Afraid of the Quite Nice WolfJune 1st, 2020
2
The Power of CommunicationMay 27th, 2020
3
Watch Tanja Stephani's Beautiful Trailer for In My DreamsMay 4th, 2020
4
Behind the Scenes of Boo Loves BooksMay 4th, 2020
5
Tom Hardy Reads Under the Same Sky for CBeebiesApril 29th, 2020
1
Simon Prescott: The Story Behind Marvin and Marigold: The Big SneezeSeptember 1st, 2017
2
10 Tips for Struggling Readers with author Candice Lemon-ScottJune 19th, 2018
3
Pugs Sensation: Are Pugs Planning World Domination?June 11th, 2018
4
Children across the UK review Jake in SpaceJanuary 10th, 2018
5
New Frontier Publishing is looking for UK based authors and illustrators to expand their UK listMay 16th, 2018

@NFPublishingUK  Dear @NFPublishingUK are you trying to make me hungry? #BookPost https://pic.twitter.com/OTTYSr8on5 - 10 hours ago
Sign up for the latest news, events and competitions...
Thank you for subscribing
Content Managed by New Frontier PublishingWebsite Design & Hosting by Scaws
Search