A first look at Pip Finds a Home

October 18th, 2019
The story for the book came from the first assignment I had to do at uni. Our tutor had us pick from different topics and one of them was the extinction of the great auk.

At the time didn't even know what a great auk was, so when I researched and saw that it looked just like a penguin and was very interested in finding a story around it.

I started to do some research and as the auk is extinct, went to the natural history museum to sketch from the model they had there. While I was there, so many kids passed by and said a penguin! 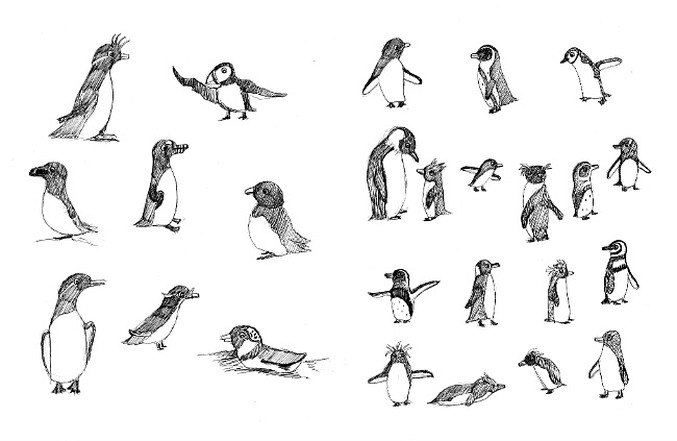 I then decided to write a story about an auk getting confused for a penguin.

One of the first artworks I did for the book was also my first screen print which I have attached below. 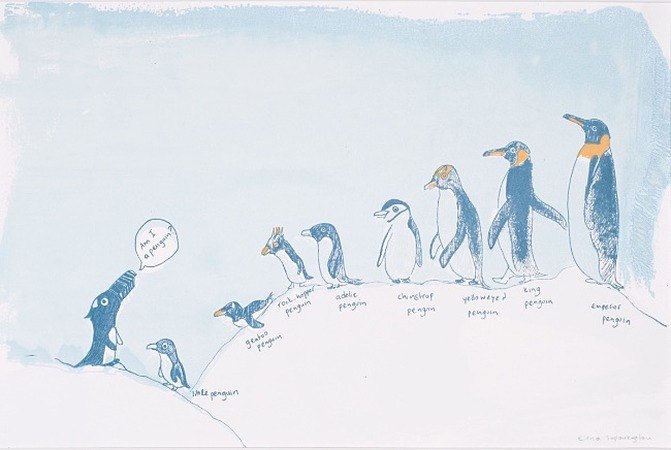 From that image I then decided to screen print the whole book. 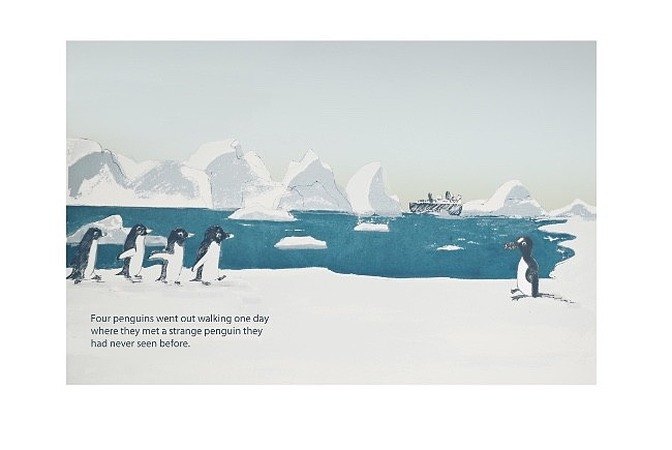 After completing my first book, Mr Pegg's Post, the style of the penguin book was so different that then I tried some tests in watercolour. One of the first tests is attached below and from then we decided to change the whole book in this new direction. 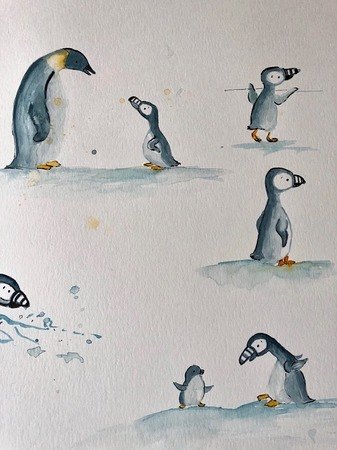 You can see how I plan out a storyboard sketch before I start. 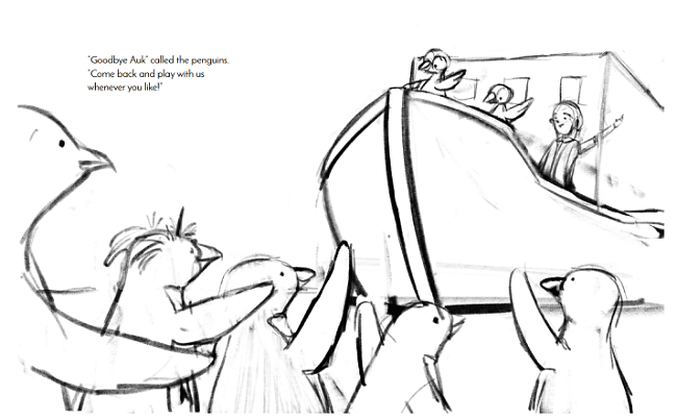 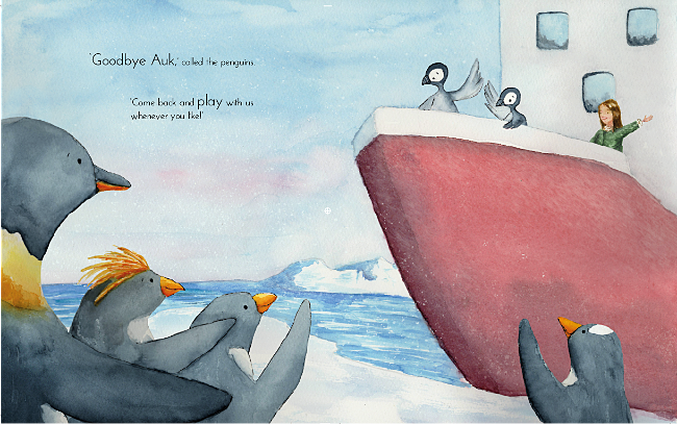 Then you can see the difference between the initial watercolour versions and the digitally enhanced final pieces. 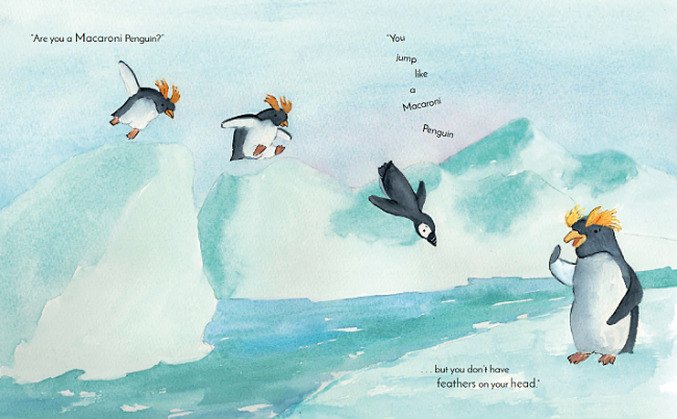 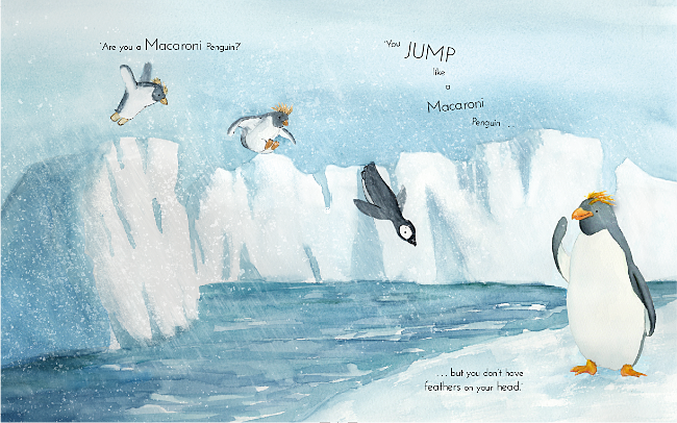 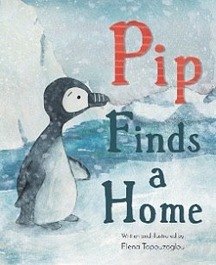 After a long journey over the seas, Pip arrives at the South Pole. But as he meets his fellow penguins, he realises he is not quite the same as them. What makes him different ... and does it matter?