Patrick Shirvington: The Story Behind Can You Find Me? 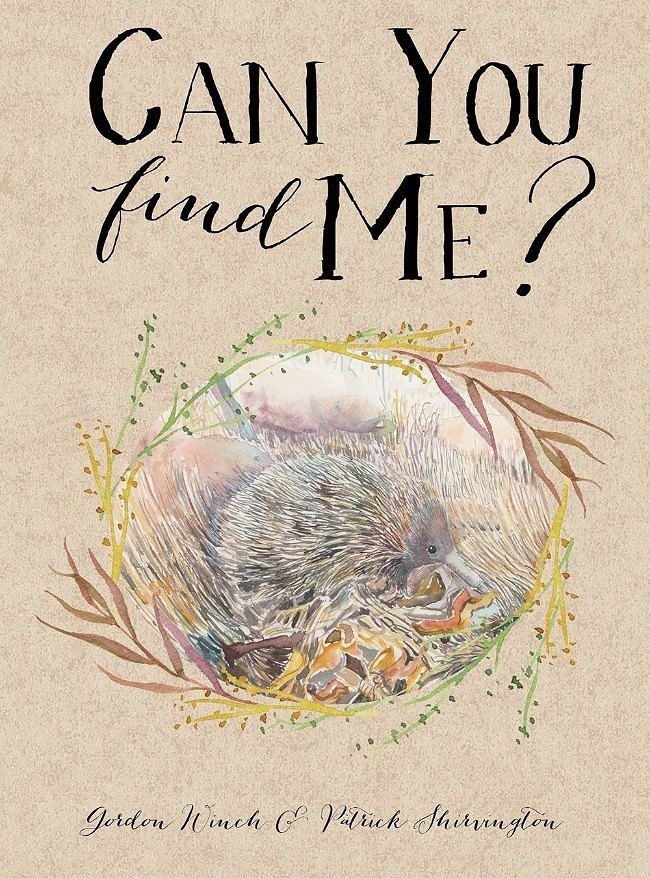 THE PROCESS
The process of making a picture book is usually fairly standard. However in the case of this book “Can You find Me ? “, the procedure was reversed. I collaborated with renowned children’s book author Dr Gordon Winch, who wrote the text to describe the illustrations of the animals I produced. After some discussion with Gordon we decided on which animals to use, giving me the freedom to go ahead and create them. We decided to come up with a variety of animals from different habitats from the land, air and the sea. The difficulty of finding the animals on the pages would increase as we moved through the book.

THE SKETCHES  AND FINAL ARTWORK
Being an artist, I tend to produce my work onsite or as it is termed en plein air. I begin with little sketches, getting the feel for the particular landscape, feeling the movement and observing the light. For this purpose I will look at the echidna and gecko, both of which inhabit my immediate surrounds. I was fortunate enough to see the echidna scratching around when I was on a bush walk not far from home, so was able to get a reasonable photograph. 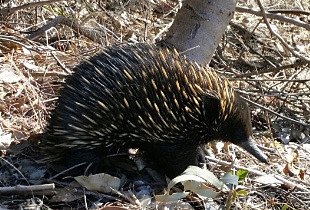 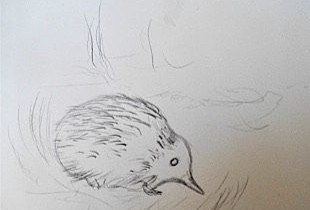 From the photo I then commenced the drawing, using a 2B pencil on watercolour paper. I endeavor to draw the animal, capturing its nature and personality. In the case of the echidna, I noticed it’s funny walk, cuteness and of course; how it blends in with the surrounding landscape. Once I sketch out a basic interpretation, it’s then time to apply the paint. Back in the studio I rough things out and begin to apply the paint limiting my palette to the three
primary colours ie red, yellow and blue. This allows the character to blend in softly becoming a part of its environment. 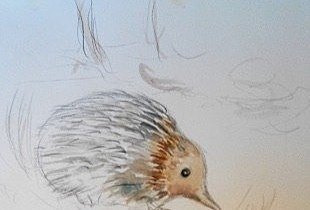 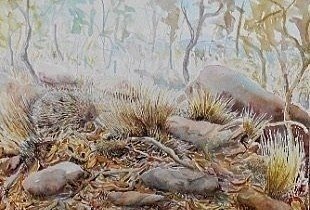 The Gecko is approached the same way, and being a local resident, living in a rock ledge
behind my studio, wasn’t hard to observe his habitat. The thing I really like
about the gecko is the soft texture of the skin as a complement to the surrounding
sandstone and harsh environment.  The main thing was to have him blend in to his surrounds, so once again I used similar colours throughout the illustration. 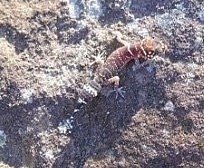 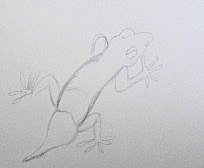 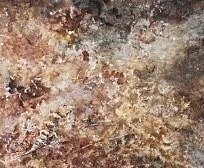 In all of my illustrations I work directly onto the paper, in this case a 300gm A3 Arches watercolour paper, which will be the finished artwork for the book.

All the animals in the book have different personalities and I love playing with these characters with paint on paper to uplift the spirit of not just the children but also mums and dads rekindling their own childhood memories. 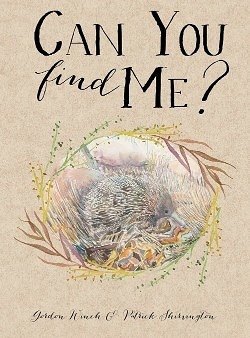 Search for an echidna, a powerful owl, a frog and many more animals hidden on every page. Patrick Shirvington's striking illustrations hide each one of the animals just enough for the guessing to begin.
buy the book
Share this article...

Ken Laing - July 29th, 2020 10:46pm
An accomplished artist for many years. These illustrations are marvelous and children of all ages love the challenge of “where is the snail or bird”.
The original illustrations will be much sort after and my hearty congratulations to you Pat

Thank you for your comments, they will appear shortly once approved.
View by Category
bookseventslatest releasesbehind the scenescompetitions
Latest PostsPopular Posts
1
Behind the Scenes of Into the Wild with Mel ArmstrongOctober 13th, 2020
2
Brenda Gurr talks The Fabulous Cakes of Zinnia Jakes: The Tumbling TortoisesOctober 13th, 2020
3
Get to Know Sharon DaveyOctober 13th, 2020
4
Interview with Kat ChadwickSeptember 17th, 2020
5
New Frontier Creators at Chiswick Book Festival 2020September 8th, 2020
1
Simon Prescott: The Story Behind Marvin and Marigold: The Big SneezeSeptember 1st, 2017
2
10 Tips for Struggling Readers with author Candice Lemon-ScottJune 19th, 2018
3
Pugs Sensation: Are Pugs Planning World Domination?June 11th, 2018
4
Children across the UK review Jake in SpaceJanuary 10th, 2018
5
New Frontier Publishing is looking for UK based authors and illustrators to expand their UK listMay 16th, 2018

@NFPublishingUK  Dear @NFPublishingUK are you trying to make me hungry? #BookPost https://pic.twitter.com/OTTYSr8on5 - 4 months ago
Sign up for the latest news, events and competitions...
Thank you for subscribing
Content Managed by New Frontier PublishingWebsite Design & Hosting by Scaws
Search